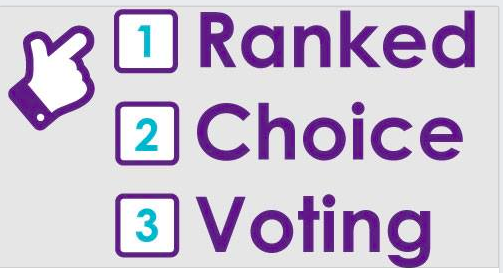 Ranked Choice Voting is a simple, fair, and easy way to give more voice and more choice to New York voters.

Instead of picking just one candidate, Ranked Choice Voting allows you to rank the candidates on your ballot in your order choice. It’s as easy as 1, 2, 3, but this simple change has the power to save our democracy.

Find out more about this national movement at FairVote.org

Dave Heller
A Ranked Choice Voting advocate since 2000, I have worked on the 2003 RCV campaign in San Francisco and was the campaign coordinator for the 2004 campaign in Berkeley, California, which won with more than 72% of the vote! I was elected as a Board Member of Californians for Electoral Reform (www.CfER.org). I recently moved back to my hometown of Rhinebeck, NY and is ready to bring election reform to New York State. I have a degree in Physics from Bard College.

Victoria Alexander, PhD
I worked as a volunteer with Free & Equal Elections Foundation 2013-2015 and in 2018 ran for Congress in NY19 with ranked choice at the top of my platform. I co-host a public affairs radio program on WHVW, Hyde Park, NY with Dave Heller, and I manage DirectDemocracyUS.org. Professionally, I’m a science/humanities researcher and a political-satire novelist.  I am currently serving as a Fulbright Specialist, and I’m a former Public Scholar with the NY Council for the Humanities and a Rockefeller Foundation Bellagio Center alum.
As NYers we have only the Legislatively Referred Amendment as a means to get RCV on the ballot for voter approval.  What successful strategies have ballot proposal groups used in previous years?

Adam Friedman
I have served as the director of Citizens for Voter Choice (now Voter Choice MA) since 2010. I am currently on the boards of MassVOTE and Common Cause Massachusetts. For work, I run Civera Software, a startup that makes web applications to provide better access to public records. I created the state’s first comprehensive election results database based on official sources (here: http://electionstats.state.ma.us) I have been a full-stack web software engineer since 2007. I have a BA in History from BU.
How will RCV NY pay for at least one full-time organizer? How will we pull together enough funding from allied organizations and major individual and institutional donors?